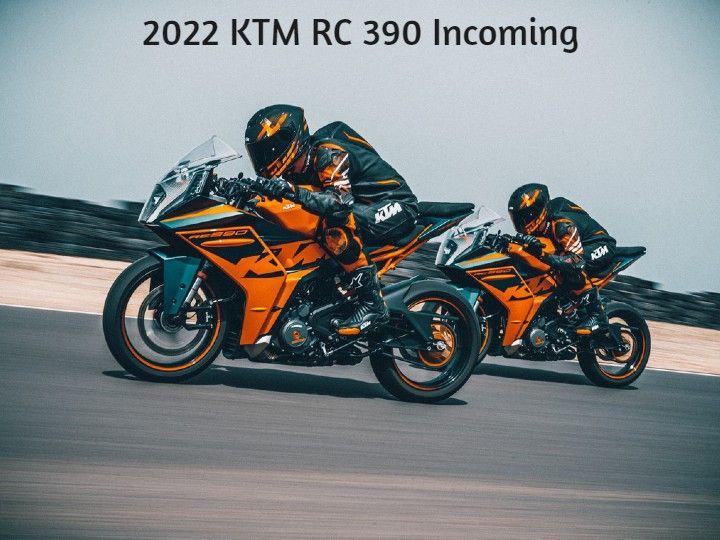 KTM gave its sporty RC range a major update last year with the introduction of the 2022 KTM RC 125, RC 200 and the RC 390. While the KTM RC 125 and the RC 200 are already available in India, the next-gen RC 390 is all set to join the bandwagon as type approval documents have been leaked online.

For its 2022 India iteration, the supersport from the Austrian bikemaker will retain the same styling as the international model. It will feature a new single LED headlight setup with DRL-cum-indicators on either sides, new rear view mirrors, a bigger visor, a new edgier fairing, a bigger, sculpted fuel tank, and a new split seat setup. In comparison with its predecessor, the new design isn’t as out-of-the-ordinary, but still does the job of making it stand apart.

The RC 390 gets the same 373cc single-cylinder motor as the outgoing model, putting out the same 43.5PS. However, it will be tuned for better breathing, and will also produce 1Nm more torque. It is mated to a six-speed gearbox and comes equipped with slipper clutch and a quickshifter.

The 2022 RC 390 is underpinned by a new trellis frame with a bolt-on subframe that is 1.5kg lighter than that of its predecessor, making the new bike more agile and even faster. The bike is suspended on a new compression and rebound adjustable WP Apex USD fork up front in the international markets which could be skipped for the Indian markets to save cost. At the rear, it gets WP Apex monoshock with rebound and preload adjustability. Besides, it now gets sleeker 5-spoke alloy wheels reducing unsprung mass, taking its impressive riding dynamics to another level.

The Supersport comes with updated ergonomics and gets a 15mm taller handlebar offering a more comfortable riding stance than its predecessor.

The updated RC 390 will come equipped with a TFT instrument cluster with smartphone connectivity via KTM My Ride app. It will also feature segment-first cornering traction control, cornering ABS with SuperMoto mode.

The 2022 RC 390 will likely be launched early next month, and considering the updates, it could come at a price of about Rs 2.90 lakh (ex-showroom). It goes up against the likes of TVS Apache RR 310 and the Kawasaki Ninja 300.