The SUV is currently offered in three variants: Active, Ambition, and Style 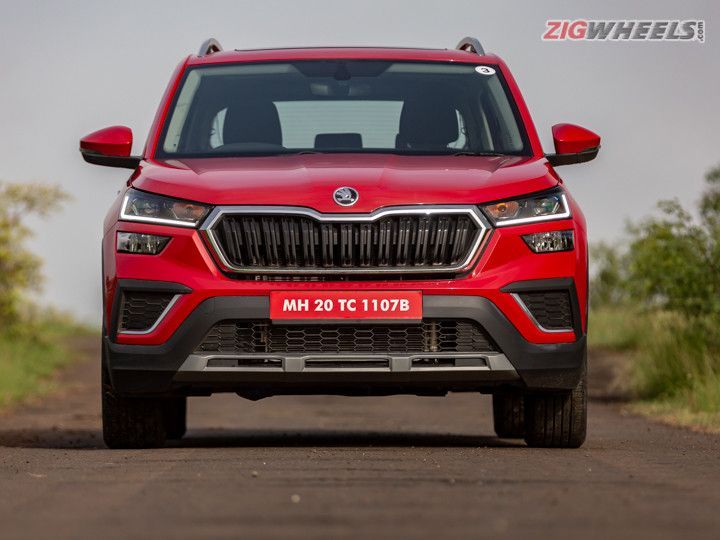 Before the Skoda Kushaq went on sale in June 2021, back in March 2021, the carmaker had hinted at introducing a new top-spec Monte Carlo variant for the SUV in the future. Fast forward to 2022, and our sources suggest Skoda is slated to introduce it by May.

You’ll have heard the name ‘Monte Carlo’ with Skoda before, as was offered in the Rapid sedan and is present in models sold abroad like the Kamiq and Fabia. The Kushaq Monte Carlo has also earlier been spotted in India, featuring blacked-out inserts, new alloy wheels, an all-black interior, as well as black seat covers with red highlights.

Currently, the Kushaq is offered in three variants: Active, Ambition, and Style. Sure, the top-spec Style is quite a generously-loaded offering, but there are certain misses compared to rivals like the Hyundai Creta. And this is where the Monte Carlo will bridge some of that deficit by adding the Slavia’s 8-inch digital instrument cluster. Since it is based on the top-spec Style, the Monte Carlo will retain bits such as wireless charging, a sunroof, connected car tech, ventilated front seats, and a 10-inch touchscreen system.

Also, considering it is a sportier variant, the Monte Carlo will likely be limited to the 150PS 1.5-litre turbo-petrol TSI motor. This engine in the top-spec Style variant can either be paired with a 6-speed manual gearbox or a 7-speed DSG. Skoda also offers the Kushaq with a 115PS 1-litre turbo-petrol TSI engine with 6-speed manual and 6-speed torque converter automatic gearbox options.

Skoda currently retails the Kushaq from Rs 10.99 lakh to Rs 18.19 lakh (ex-showroom, India). Expect the Monte Carlo to be priced at a premium of around Rs 50,000 over the top-spec Style variants considering the potential additions at hand. The addition of the Monte Carlo variant should potentially put it in a better position against rivals like the MG Astor, Hyundai Creta, Kia Seltos, Tata Harrier, MG Hector, Renault Duster, and Volkswagen Taigun.

All Comparisons of Kushaq