Unlike the pre-facelift version, this one is a petrol-only offering 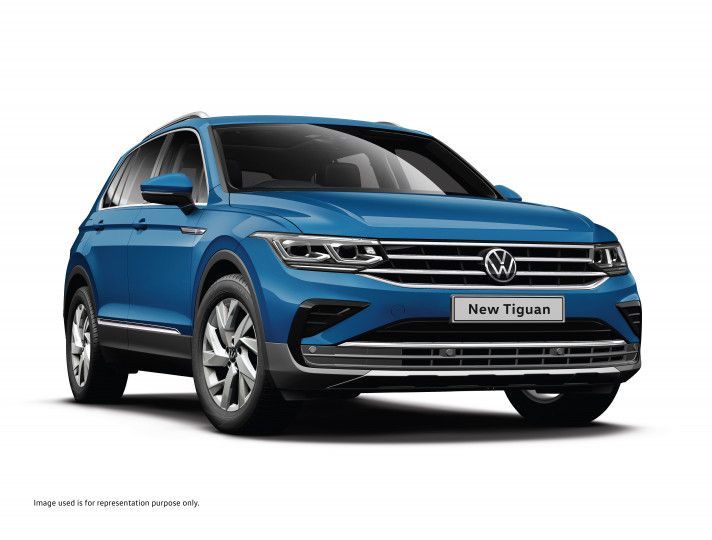 The Volkswagen Tiguan is now back on the shelves in its facelifted avatar. The updated SUV is priced from Rs 31.99 lakh (ex-showroom), and it’s offered in a fully loaded ‘Elegance’ variant. This makes the 5-seater SUV a whole Rs 2.21 lakh more affordable than the now-discontinued Tiguan Allspace 7-seater.

Unlike the pre-facelift model, the Tiguan will now be a petrol-only offering. It is powered by a 190PS/320Nm 2-litre turbo-petrol engine (instead of the 2-litre diesel in the pre-facelift model). It drives all four wheels via a 7-speed dual-clutch automatic. VW has also provided it with off-road modes should you seek to venture off the beaten track.

Let’s talk about styling. The SUV gets new angular and sportier-looking Matrix LED headlamps (which can blank part of its beam to avoid dazzling other drivers) and sharp creases on the new bumper. Redesigned alloy wheels and LED tail lamps round off the design.

The Volkswagen Tiguan locks horns with the Citroen C5 Aircross and Jeep Compass.

All Comparisons of Tiguan