Giving the larger engine in lower-spec trims would not only make the Slavia 1.5-litre TSI more affordable, but it makes a lot of sense, especially for performance enthusiasts 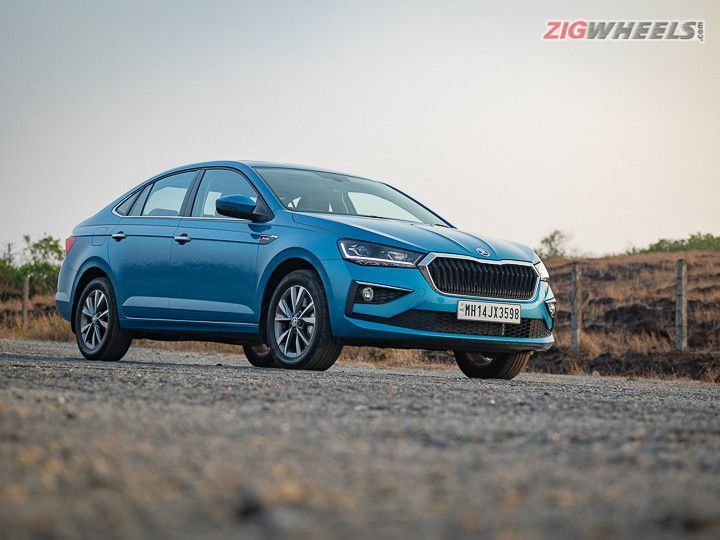 The Skoda Slavia 1.5-litre TSI is FAST, and with mature handling, it’s a hoot to drive as well. But the bummer is that it’s limited to the top-spec Style, and you have to shell out a handful for the more powerful motor. Now, Skoda has registered the Slavia’s 1.5-litre TSI with the mid-spec Ambition at the Delhi RTO, and we want it to become a reality.

Here are three reasons why we would like to see a more affordable Slavia 1.5-litre TSI:

It Would Drop Down The Pricing

At the moment, the Slavia 1.5-litre TSI Style is priced at Rs 16.19 lakh for the manual and Rs 17.79 lakh for the DSG. If Skoda decides to offer the 1.5-litre TSI engine in the mid-spec Ambition, it will naturally be more affordable and easier to access, thereby bringing in more volumes.

A clearer way to look at this is by talking numbers. The price difference between the Slavia Ambition and Style 1-litre TSI variants is around Rs 1.6 lakh. So imagine the prices of the 1.5-litre TSI going down by a similar level. Sounds tempting, right? This brings us to the next point.

It Would Bridge The Gap Between 1-litre And 1.5-litre TSI

At the moment, you need to shell out up to Rs 2.4 lakh for the Slavia’s more powerful engine.

If Skoda decides to offer the 1.5-litre TSI in the lower-spec trim, it would bridge the gap between the Style 1-litre TSI AT and Style 1.5-litre TSI MT. Let’s take the Taigun, its platform sibling, as a case study as the more powerful engine (with a manual ‘box) is offered in the SUV’s lower-spec GT trim.

The Taigun GT (equivalent to the Skoda’s Ambition trim) is priced at Rs 15.4 lakh, and undercuts the top-spec 1-litre TSI AT Topline (equal to Skoda’s Style trim) by a lakh! FYI, the Taigun Topline AT is priced at Rs 16.4 lakh.

Sure, it isn’t an apples to apples comparison as we are comparing the MT with the AT. But you get the point, as we are pitching the top most specification of the 1-litre TSI AT and the base-spec 1.5-litre TSI MT.

Also, look at the amount of savings in hand, considering that you get more performance in an affordable price range. Basically, this option will be for those looking for just performance with a sacrifice in few premium features, which brings us to the next point.

You Would Miss Out On A Few Niceties

Naturally, a mid-spec trim means you have to sacrifice on some features like a single-pane sunroof, ventilated front seats, digital driver’s display, and most importantly, six airbags.

So, What Do We Think?

It makes immense sense for Skoda to consider introducing the 1.5-litre TSI engine in the mid-spec Ambition. First, it makes the larger engine more affordable for customers, which in turn will improve the appeal of the Slavia, especially to enthusiasts. Secondly, it will appeal to those looking for just performance and not particularly top of the line features.

Also, enthu cutlets can think this way: save some money with a lower-spec Slavia 1.5-litre TSI and use the extra moolah to tune up the vehicle.

All in all, it benefits not only the company, but the end user. But that is until and unless Skoda decides to offer the Slavia 1.5-litre TSI in the mid-spec trim. We hope you’re taking note, Zac Hollis.

All Comparisons of Slavia